Evelyn tried resisting her temptation but it felt as if that chocolate was much stronger than her. It was silly how she could feel as if it was staring at her and calling out to her. She wanted to run away but couldn’t as she sensed that her feet were tied up with a certain pull by that chocolate. Evelyn couldn’t take this torture any more so she ran towards that chocolate bar and just grabbed it and started eating each block quickly. As she relished each bit she felt her heart beat with contentment. She wanted to scream in happiness but at the same time, there were tears rolling down her chubby cheeks. That guilt kept on eating into her and made her feel unworthy of taking hold of her life. To the world, Evelyn was this average-looking fat and weak girl whose only solace was food. She gauged into pastries and chocolates to forget this rejection she faced from all. Every time she heard someone call her fat she punished herself further by eating pastries and chocolates. At times she wanted to put an end to all of this by giving up completely. Then again she would prove all those people right that indeed she was extremely weak.

What could Evelyn possibly do to get out of this rut? Would she always remain fat until her health deteriorated and she would die from a heart attack? She knew that she wanted to be happy but how could she be? When Evelyn looked at her family, she felt blessed as they were all so loving towards her. They used to pamper her and never lost a chance to motivate her. Nonetheless, she had this void in her that made her feel incomplete and the only way she thought of filling this emptiness was through eating these “sweet tokens of love”. Her mom would get upset at her for skipping meals but hogging on these sweet temptations, but Evelyn felt helpless when it came to them.

One good day as Evelyn went to pick up her cousin from the airport, she saw a banner on the way that said, “love yourself, not your fat.” She drove by with that wishful thought of actually loving herself one day.” She was really excited to meet her cousin as they shared many similarities, one of which was that both were overweight. As Evelyn waited for Emma, her cousin, she kept on thinking about that banner and suddenly her cousin came out and hugged her. Evelyn was astounded to see her cousin because she was no longer fat but really slim. As she was speechless, she just kept on staring at her. Emma laughed with joy as she hugged Evelyn and asked her what she thought of her transformation. Evelyn was confused as she felt like being happy for Emma but in reality, she felt betrayed. How could Emma become slim without even informing her? Now, what similarities would they share and rejoice on? 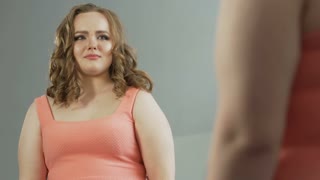 While Evelyn was being bombarded with self-talk in her mind, Emma noticed her look and asked her to head towards home. While driving back, silence took over as both the girls were deep in their thoughts. At night while everybody was praising Emma for this huge achievement, Evelyn was in her room, crying under the blanket. Now she had nobody whom to relate with and felt totally alone. All of a sudden, she felt someone switch on the light and pull the blanket off her face. There was Emma smiling at her and telling her that it’s time to celebrate. She had got Evelyn’s favorite chocolates and started sharing them. Evelyn was surprised to see that Emma was still eating chocolates and enjoying them as much as they used to before. But couldn’t she see Evelyn’s red eyes and all those tears on her face? When Emma noticed that Evelyn wasn’t eating she put the chocolate box to one side and hugged her. Then she looked into her eyes and whipped off Evelyn’s tears. Emma told her in a very soft voice, “I have not betrayed my Evelyn and I never will. I have saved myself and now I have come to save you. I have realized that we need to love ourselves and not our fat!” 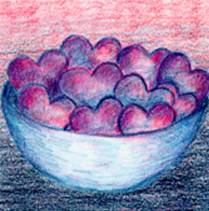 Oh My God, that was exactly what Evelyn had read on that banner and now was shocked to hear Emma repeat it. She was blank and didn’t know what to tell Emma so she chose to ask her how she ate chocolates and remained slim? Emma laughed and told her that today was an exception as normally even when she ate chocolates she just had a few in the morning as she understands that in the evening it's more difficult for the body to break-down the carbohydrates due to less activity of the body. Emma continued on and told her that she had a surprise for her and went to fetch it. While Emma was gone Evelyn again felt that chocolate calling out to her so she grabbed it and as soon as she was going to put it in her mouth, Emma entered and handed her a book. As Evelyn read the title of the book she decided to bite into the chocolate. The book’s title was The Only Diet There Is by Sondra Ray. Evelyn wasn’t particularly fond of reading and neither dieting but after a lot of convincing from Emma’s side, she decided to read this book. As she turned every page to continue reading it, she felt lighter and happier. Soon after, Evelyn started re-reading the book and applying each activity with complete belief that she too could be slim and she deserved to be in good shape.

After six months there was a tiny party at the convention hall and as usual, everybody was present to gossip and complain about each other. All that noise diminished as people turned to see Evelyn when she entered the hall. Evelyn was full of smiles as she walked by and noticed all those comments coming her way. She now understood her journey from a fat Evelyn to a slim Evelyn and decided to create a small coaching group to assist all those individuals who had lost hope in themselves and had to live according to others’ satisfaction and criticism.

Love yourself exactly the way you are and work towards a healthy you because more than anyone else, you owe it to yourself! 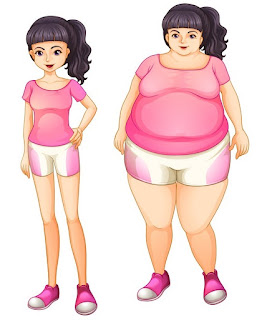 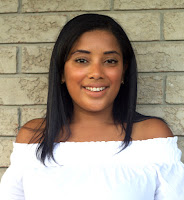 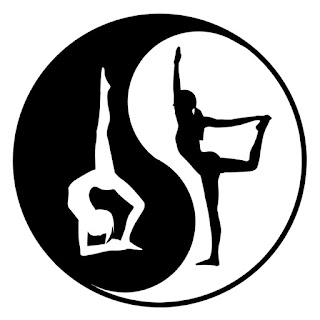